The best way to gravel vacuum planted tanks is by lightly siphoning the top layer of the substrate for loose debris. This will remove dirt without uprooting plants. Will make it look clean, but will allo decaying organic material to filter don to the plant roots, which is beneficial.

This article explains some of the important factors when deciding how frequently you should consider vacuuming your planted tank gravel.

How do you clean gravel in a planted tank?

Gently vacuum the surface of your planted tank’s gravel or sand substrate using an aquarium siphon. The best method is to hover the siphon about half an inch over the substrate. This will suck up loose detritus but will not disturb the substrate or uproot plants.

How often should you gravel vacuum a planted tank?

It’s beneficial to gravel vacuum about once per week if your aquarium does not have live plants, a deep substrate or filtration. These tanks will quickly accumulate waste that might harm your fish. Planted tanks with anaerobic bacteria and adequate filtration may require minimal to no gravel vacuuming at all.

Why do some aquariums require less gravel vacuuming?

There are many anecdotal examples of fishkeepers who have successfully kept fish for several years without any gravel vacuuming whatsoever. Most of these fishkeepers have planted tanks with some form of mechanical filtration and often promote the growth of anaerobic denitrifying bacteria to decrease nitrate build up.

Father Fish is the most popular and outspoken example of this method of fishkeeping. But there are experts, such as Diana Walstad, and amateur hobbyists who advocate similar approaches.

The reason some tanks require less gravel vacuuming is because there are biological systems in the aquarium that utilize what would otherwise be waste.

For example, live aquarium plants will absorb nutrients from decayed plants material to promote its own growth. And certain anaerobic bacteria that live in deep substrate environments are capable of converting nitrate into nitrogen gas and hydrogen sulfide.

There is limited scientific research to conclude that you should completely stop gravel vacuuming. Our personal experience has shown that there is a low risk of at least reducing your gravel vacuuming frequency to just once or twice per month in planted tanks.

Do you need to vacuum gravel in a planted tank?

It’s necessary to vacuum gravel in a planted tank at least occasionally to remove build up of excess waste that may harm your fish. In theory, a planted tank could replicate a natural environment and would not require gravel vacuuming at all. But these conditions are difficult, if not impossible, to fully replicate in an aquarium.

Just like in nature, aquariums can replicate many of the same natural cycles that maintain a healthy ecosystem for the fish, plants, bacteria and other micro-organisms coexisting in your aquatic environment.

But there are certain limitations with trying to duplicate a self-sustaining environment in a glass box in your living room. As a result, a truly self-sustaining aquarium ecosystem is difficult to achieve.

What goes in must come out

Sustainable ecosystems are able to cycle nutrients throughout the different types of animals in the environment and get rid of excess waste.

We add food into our aquariums every day, which is converted into waste, and then broken down into detritus and consumed by microorganisms and then consumed by plants or gassed off into the atmosphere.

However, some of these processes can’t happen if, for example, we don’t have plants to absorb some nutrients or cannot sustain certain bacterial life because of how the tank is set up. The result is an accumulation of nutrients that will eventually cause a problem as the concentration increases.

This is why water changes are important for most aquariums. It’s a simple solution for removing excess build up of these unused nutrients. Some of these nutrients are soluble and can be removed by simply removing water. But other nutrients may be insoluble and must be removed via gravel vacuums.

What happens if you don’t vacuum a planted tank?

Excess nutrients are the biggest risk of not gravel vacuuming. The most immediate risk will be excessive nitrate concentrations, which may increase your fish respiration, reduce fish appetite and even cause a loss of life.

Reducing your gravel vacuuming frequency will increase the amount of detritus in the tank, which can provide beneficial nutrients to plants and act as a food source for microorganisms.

Studies have discovered that increased detritus levels with lower oxygen levels because of the increased bacterial respiration[2].

Detritus made of decomposed microorganisms and other animals has shown to increase the likelihood of fish survival when compared to detritus made from plant-based materials[2].

It is believed that this happens because animal detritus decomposes more quickly in an aquatic environment or because animal-based detritus contains more nutrients for the fish to eat.

A study from the Department of Microbiology and Institute of Ecology at the University of Georgia has shown that the amount of bacterial activity varied depending on the type of plants that were present[1]. This is because plants contain different nutrients that are important for bacterial activity, such as nitrogen.

What this means is that both the positive and negative effects of gravel vacuuming depnds on a variety of factors and cannot be generalized for every aquarium.

How to minimize the need for aquarium vacuuming

You can reduce the need for gravel vacuuming by feeding your fish less. Unsightly fish waste is the main reason fishkeepers want to vacuum their gravel. So reducing your fish food intake will reduce the total waste needing to be cleaned up.

Of course you want to provide your fish with adequate nutrition. However, most of us overfeed our fish by a substantial amount. The reality is that fish require far less nutrition than you might realize.

Most freshwater fish require feeding once per day. And just enough for them to consume within about 30 seconds. Planted tanks provide additional sources of nutrition for fish to feed on as well. 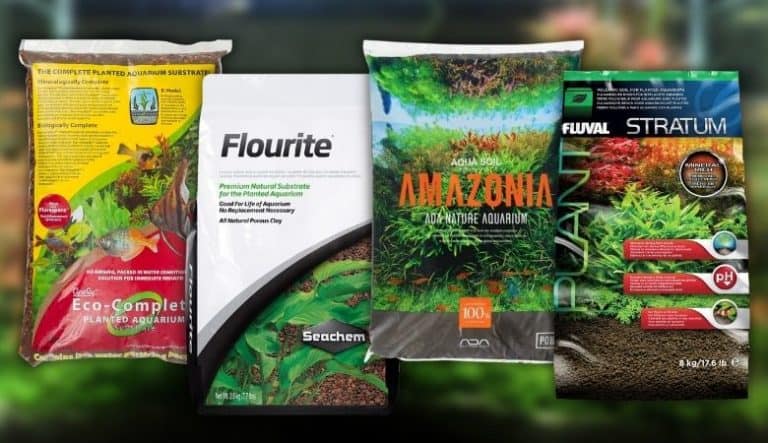 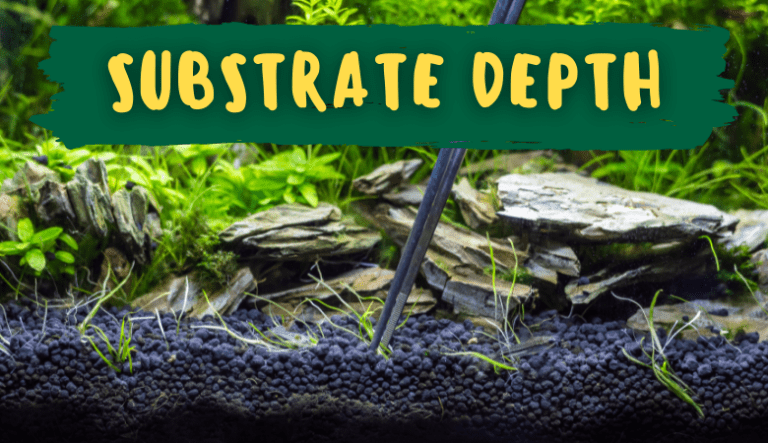 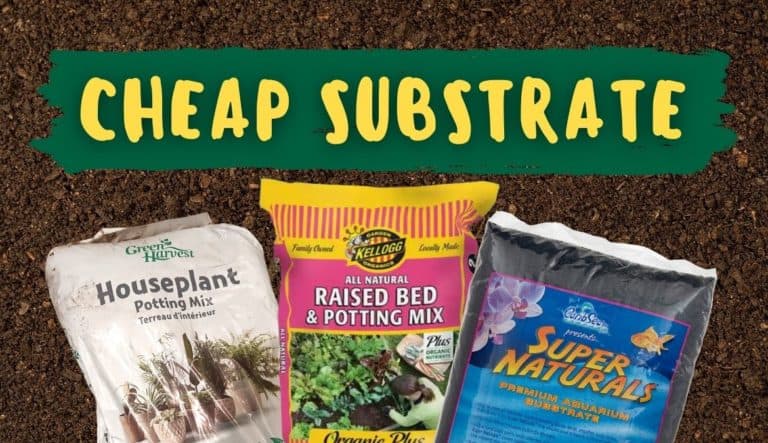 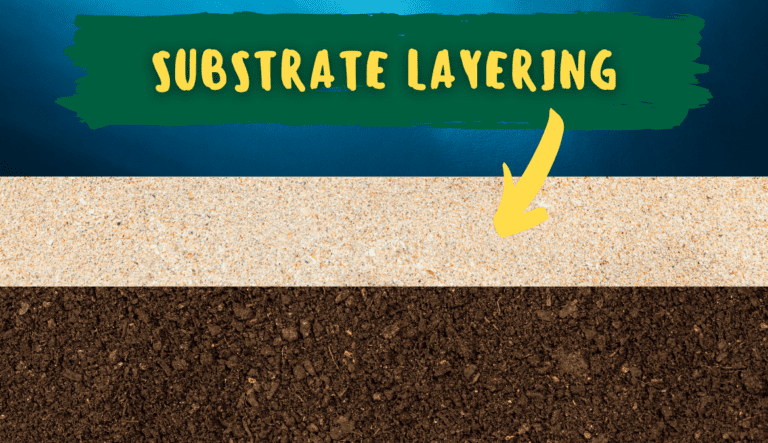 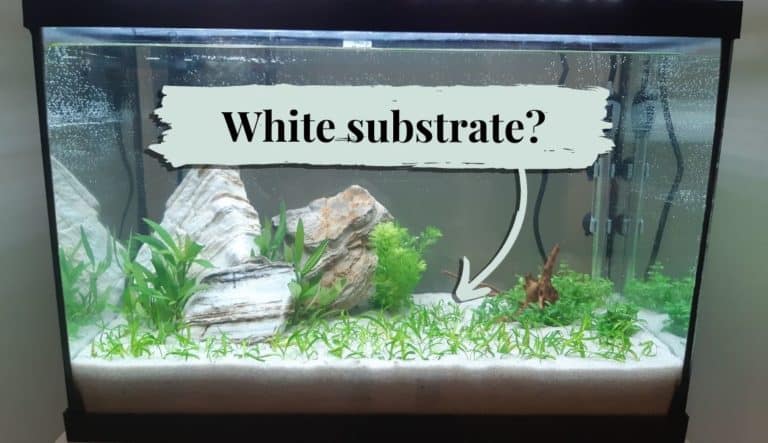 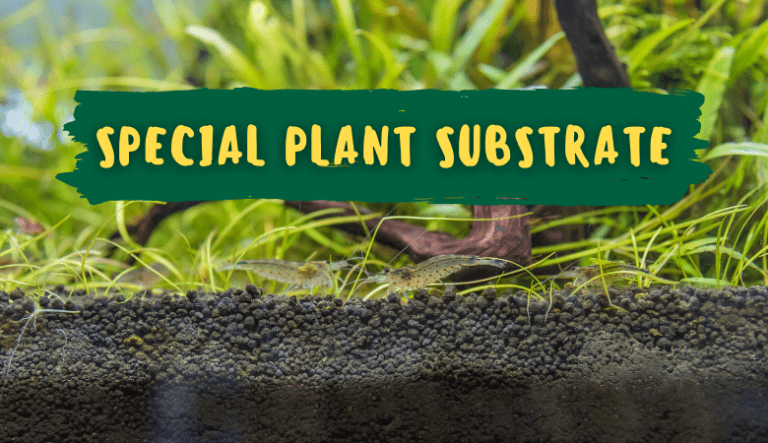