It’s likely that every fishkeeper will experience aggressive fish at some point or another. This is true for platy fish owners, as well as most other fish species.

In this article we will explain how to deal with aggressive platies and how to prevent it from happening in the future.

Can platies be aggressive?

Platies will show signs of aggression towards each other when there are too many males, when they have a tank that is too small, when they are overcrowded, and when they have poor water conditions. However, platies are normally peaceful fish that are suitable for most community tanks under the right conditions.

Platies will often only become aggressive towards one another due to conditions that a fishkeeper can control.

Their tank is too small

Platy fish are usually not considered to be very territorial in the sense that they don’t claim ownership over certain spaces in the tank. But they do appreciate enough space of their own.

In our experience, a 10-gallon aquarium didn’t seem to provide enough room for three adult platies. This tank size often led to one or more of the platies exerting aggression towards another platy.

We tried several combinations of different males and females too, which ruled out the possibility of it being a single stubborn platy as the root cause. This was in a cycled and planted tank with consistent water quality.

Their tank is too crowded

Aggression may still occur in a larger tank if it’s overcrowded with fish. We have found that a 20-gallon tank or larger has caused far fewer aggression issues overall. But we occassionally observe short bouts of aggression as fry populations increase.

We recommend around 8 platies in a 20-gallon tank.

There are too many males

Male platy fish tend to cause aggression more often than females (but not always). Male aggression is caused by all of the same reasons as females, with addition to issues caused by reproductive urges.

Multiple male platies in the same tank will compete for the same population of females. You may notice aggression when the ratio among males-to-females is too low.

We recommend keeping one male platy for every three females. This will prevent any individual female from being pestered too much by a male, but will also reduce the competitive dominance that some males may exert towards each other.

Are male platy fish aggressive towards other male platies?

Aggression in platy fish tends to occur more often between two males due to reproductive competition. However, male platies may also show aggression towards females when a tank is overcrowded or water quality is low.

Do female platies get aggressive?

Female platies will chase and nip at other male and female platies when the environment is not suitable. This is usually a result of an overcrowded tank population, poor water quality or perhaps competition over scarce resources.

Platies tend to behave more timidly when they are pregnant. Their instincts cause them to become more skittish, often reacting to quick movements around the tank or when other platies pose a threat.

In our experience, we have never noticed a pregnant platy showing obvious signs of aggression. However, we have seen female platies show aggression when they are no longer pregnant.

Are there aggressive platy breeds?

There is no evidence that a particular breed or variety of platy is more aggressive than another. It’s possible that certain platies inherit tendencies to behave aggressively under certain circumstances. Overall, all platy types tend to have peaceful temperaments by nature.

Signs of aggression are usually an indication that there may be something wrong with how your tank is set up.

In our experience, we believe that tank size is the most common cause of platy aggression.

Will two platies get aggressive with each other?

In our experience, pairing two platies together will often result in aggression from one platy to the other. Platies do best in groups or in community tanks with fish. A larger group usually either spreads aggression across more fish or eliminates it completely.

We have always been unsuccessful in keeping happy and healthy platy pairs. On two different occasions we tried keeping platy pairs together in a 10-gallon tank. On one occasion it was two males while the other was one male and one female.

Both of these scenarios ended with one of the platies exerting severe aggression towards the other.

It’s unclear to us whether or not this was caused mainly by the fact that there were only two platies together in a tank or if it was because the tank size was a little too small to accommodate them. Possibly a little of both.

What to do with an aggressive platy fish

Make sure you have at least 3 females for every male

Having too many male platies will often lead to competitive aggression. A 3:1 ratio will help to eliminate this problem.

Make sure your tank is large enough

We recommend no less than a 20-gallon tank for platies. This gives them enough room to swim independently and also allows for a larger group, which tends to make them happier overall.

Make sure your tank is not overcrowded

Although they do best in groups, it’s important that your tank has enough room to accomodate all of them. Too many fish will cause your platies to become stressed, which is a major cause of illness. It’s also a common cause of aggression.

Plants remove some toxins from the water, produce oxygen and provide a source of food for platies to forage throughout the day. Platies tend to be voracious eaters, and we often find them pecking around the plants.

We also changed the substarte from an artificially colored blue gravel to a high quality planted tank substrate.

We believe happier platies are less likely to be aggressive.

Break line of sight with plants and decorations

An aggressive platy usually won’t actively seek out another fish in the tank – the aggression starts when he/she sees the target. Adding big plants, hardscape or other decorations will break line of sight and may slightly reduce the occurance of aggressive behavior.

Some fishkeepers claim to have success by redecorating their tank by moving hardscape, plants and decorations. The idea is that this creates a new environment that the aggressor will be less familiar with. This lack of familiarity may help to reduce territorial aggression.

As uncomfortable as it may be, rehoming an aggressive platy may be the best option to preserve the overall health of your aquarium. Prolonged periods of aggression usually leads to stress in the victim and the aggressor.

This increased stress lowers your fish’s immune system, making it prone to disease.

We don’t experience fish loss too often anymore. But when we do, it’s often immediately after the fish has undergone periods of stress.

As a result, if the tips above do not help to reduce the aggression, your best option may be to contact your local fish store to see if you can surrender your platy to them. Many stores will happily rehome your fish for you.

We recommend seeking out a specialty aquarium store when rehoming if possible over the chain franchises, such as Petco and Petsmart. 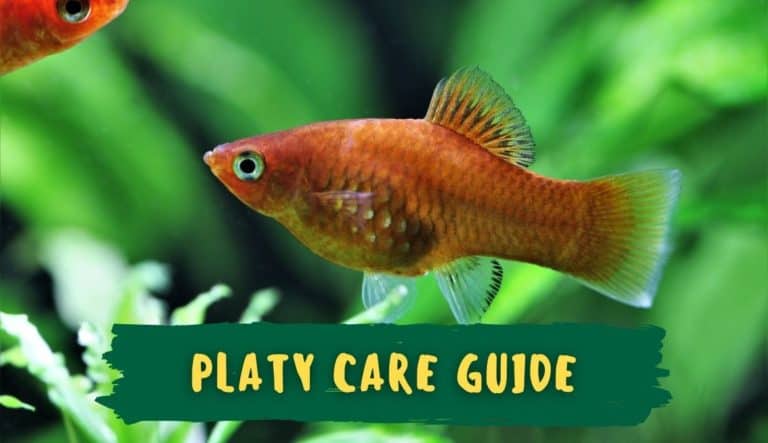 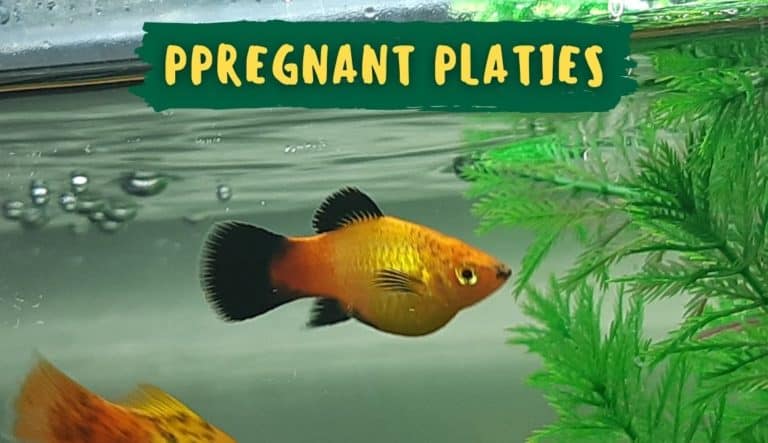 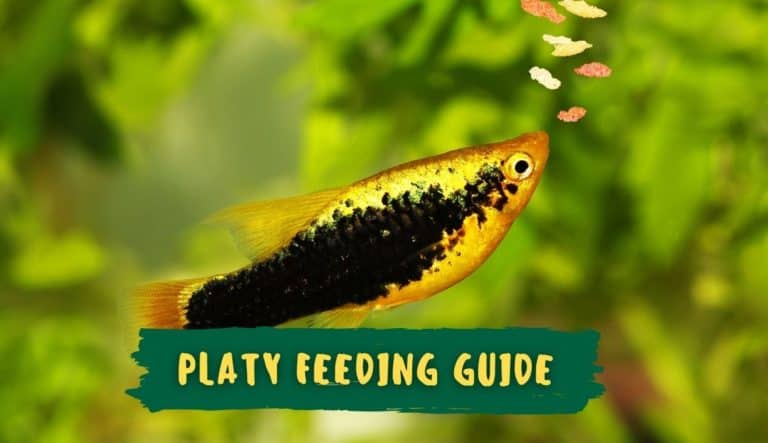 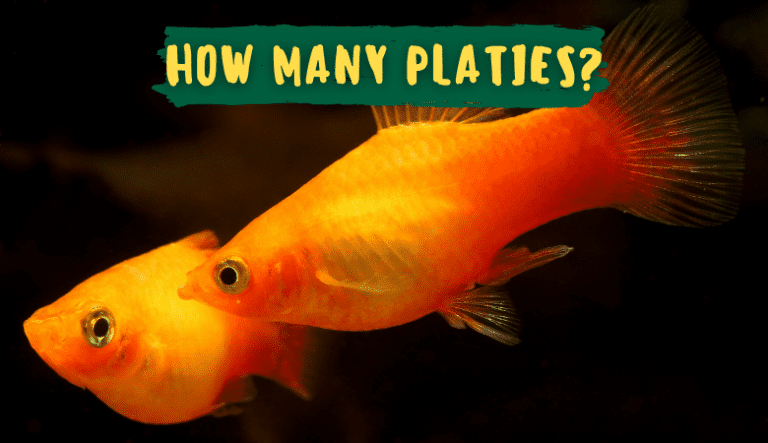 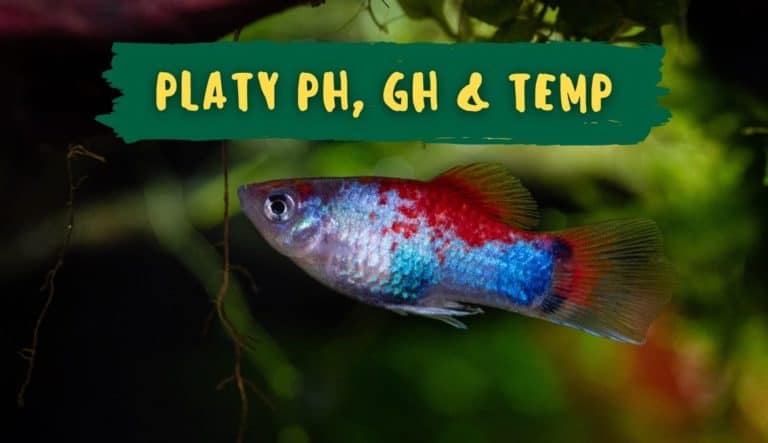