Regular organic dirt is an excellent substrate option for planted freshwater aquariums. It contains high concentrations of plant nutrients and is often less expensive than commercial aquasoils. However, careful attention must be paid to which soil you buy and how you use it in your tank.

In this article, we will explore how to use dirt as an aquarium substrate and which types to consider buying.

What type of dirt can you use in an aquarium?

The most important part of choosing a soil for your dirted aquarium is that it is organic. Meaning, it does not contain fertilizers, pesticides, herbicides or other artificial materials that could be harmful to fish.

Organic soil will contain natural materials, including microbial life and decomposing organic materials, which are beneficial for plant growth.

Topsoil is the natural layer of dirt that forms on the surface of the planet. It’s readily available and one of the least expensive options to buy. It usually contains clay and decomposed organic materials that provide needed nutrition for plant roots.

However, the amount of nutrition in topsoil varies widely depending on where it is sourced.

One drawback to using topsoil in traditional gardening is that it can become very hard and difficult for roots to grow in when it lacks water. That’s obviously not a problem in our aquariums. So we’re mostly concerned about the amount of organic material it contains.

Potting soil or potting mix is a mixture of peat moss, bark and other organic materials. They are not technically soil because they do not contain soil. They are specially designed mixtures that promote proper drainage for plants in pots.

Potting soil tends to be more expensive than topsoil, but is a good option for dirted tanks as well. We used the following potting mix for our 20-gallon dirted tank:

A mixture including peat moss

Peat moss is very useful for aquariums because it has a high cation exchange capacity (CEC). This means it is able to absorb and store a high concentration of nutrients that are later taken up by plant roots.

Peat moss is an ingredient in the popular Fluval Stratum commercial aquasoil.

In dirted tanks, it’s common for fishkeepers to mix peat moss and other additives with dirt to create a customized soil blend of their own.

A mixture including manure

Manure is a tremendously beneficial organic material that can be added to a dirted tank mixture. It contains nitrogen, phosphorus and potassium (NPK), which are the three macronutrients that promote aquatic plant growth more than any other nutrient (besides carbon).

Types of soil you cannot use in an aquarium

Do not use dirt or soil mixes that contain fertilizers, pesticides, perlite, herbicides or any other artificially added chemicals. These are added to promote terrestrial plant growth and improve soil conditions, but may be harmful to your fish.

Most soils you find will not be suitable. We’ve found that the best place to find organic soils is a local nursery.

Organic soils will usually market the fact that they are organic. Keeping looking if you’re unsure.

Can you use soil by itself in an aquarium?

It’s not really possible to use dirt on it’s own in an aquarium because it will continuously cloud the water. Also, it would be difficult to achieve a nitrogen cycle due to the high concentration of ammonia that will likely leech from the soil.

It’s best to put your organic soil on the bottom layer and cover it with a couple inches of sand or gravel. We chose to do a 1-inch base layer of dirt capped with 2-inched of sand.

Why would you use soil instead of commercial aquarium substrate?

Many fishkeepers are drawn to dirted tanks because their promise of being less expensive. This is certainly true if you buy topsoil, which is the least expensive option of the available soil substrates.

Potting soil is usually less expensive than most commercial aquasoils, but there are some potting soils that can be a comparable price.

There are cases of dirted tanks lasting for many years, even more than a decade. While most people suggest that commercial aquasoils will last between 1-2 years before depleting.

This prolonged lifespan of dirted aquariums is partly because they can contain a tremendous amount of nutrition that takes a long time for plants to deplete.

However, these super-long lasting tanks are likely a result of a strong denitrification cycle that is achieved in many dirted tanks over time, rather than the substrate itself.

Soil contains many of the same beneficial nutrients

So wouldn’t everyone buy soil if you can simply get these same nutrients for less money?

Well, aquasoils are commercially manufactured, which means they have a consistent chemical composition. You can be confident that every bag you buy will provide a consistent experience.

Whereas soil will vary in its nutrient contents depending on what type you buy and where it was sourced from.

What are the risks of using soil in an aquarium?

Soil will leech ammonia if it’s not capped properly

The dirt may leech ammonia into your aquarium water if it’s not capped properly. Most high quality planted tank substrate will leech ammonia. But this is especially true for dirt, which typically contains a high concentration of it.

This isn’t an issue if you properly cap your sirt layer with a sand or gravel cap.

Your dirted substrate will likely leech some ammonia into theh water regardless of how well you cap it. But this is actually a good thing initially as you establish a nitrogen cycle.

Soil will muddy your water column

A dirt substrate will mix with the water column and create a very muddy appearance. This happens when it’s improperly capped or when fishkeepers attempt to move plants.

Uprooting plants will likely cause dirt to escape from beneath the substrate cap and into the water column. It’s best not to make drastic changes to your aquascape because of this. 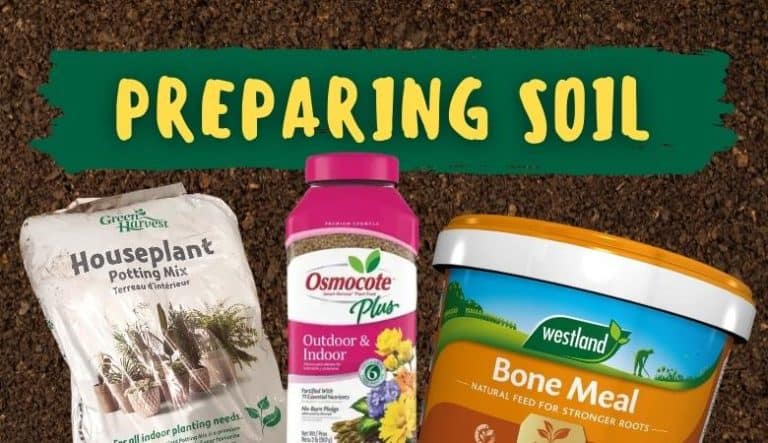 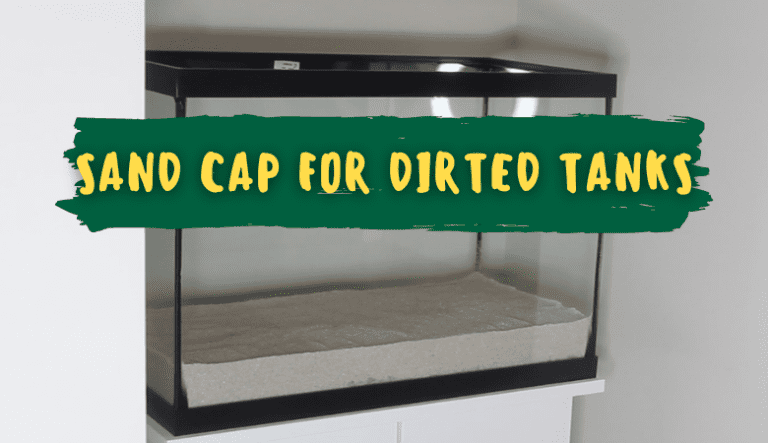 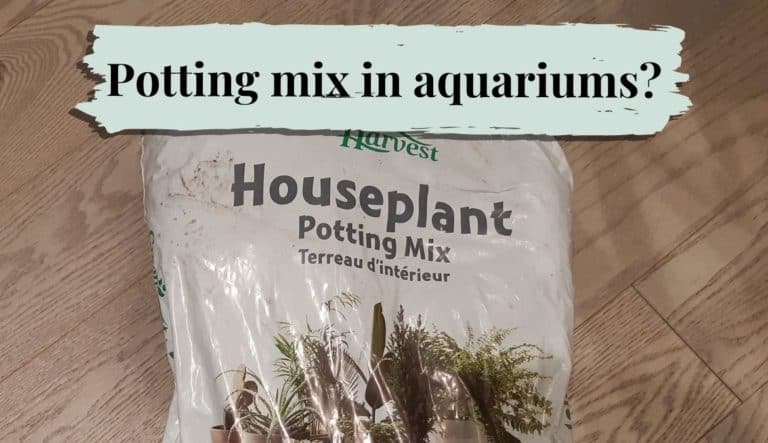 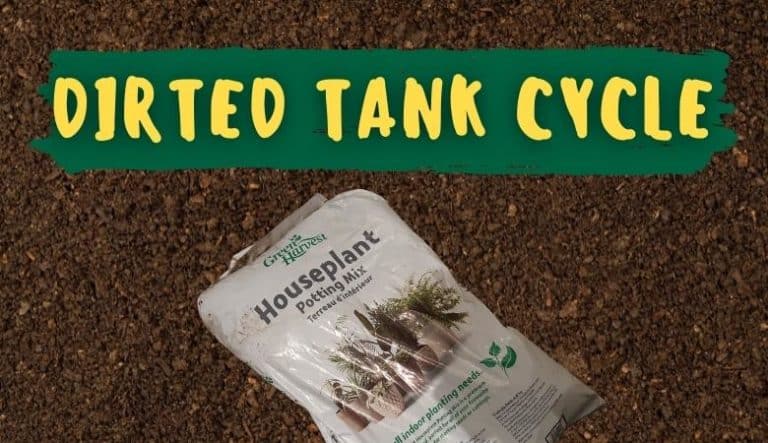 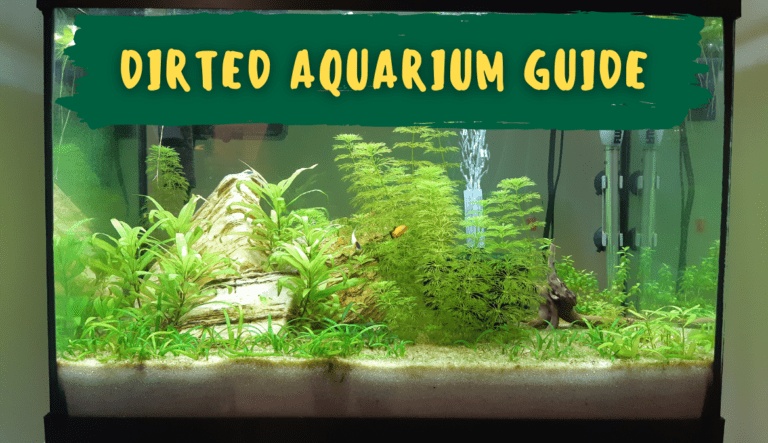 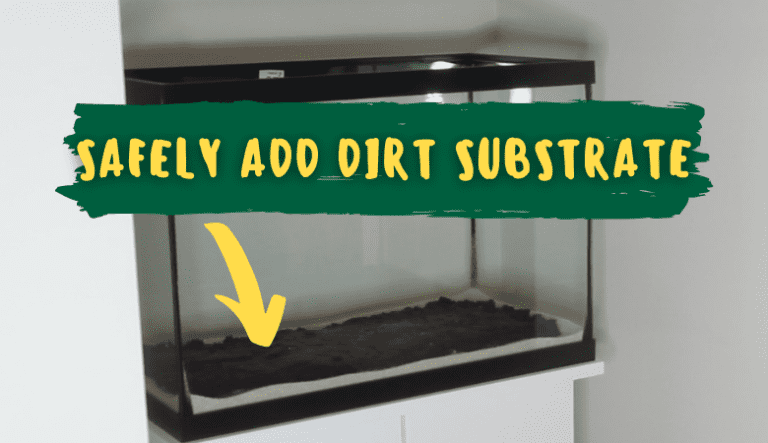